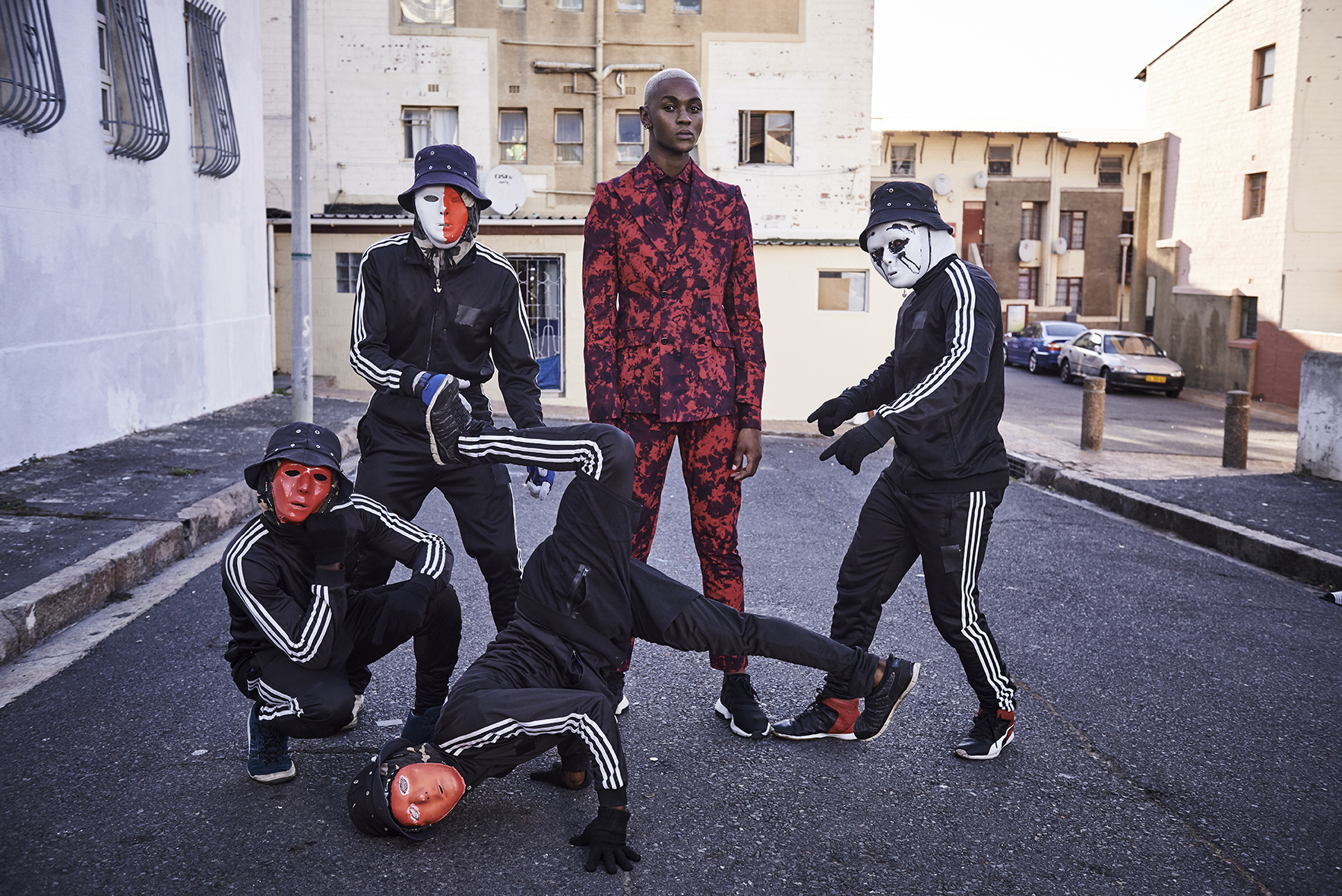 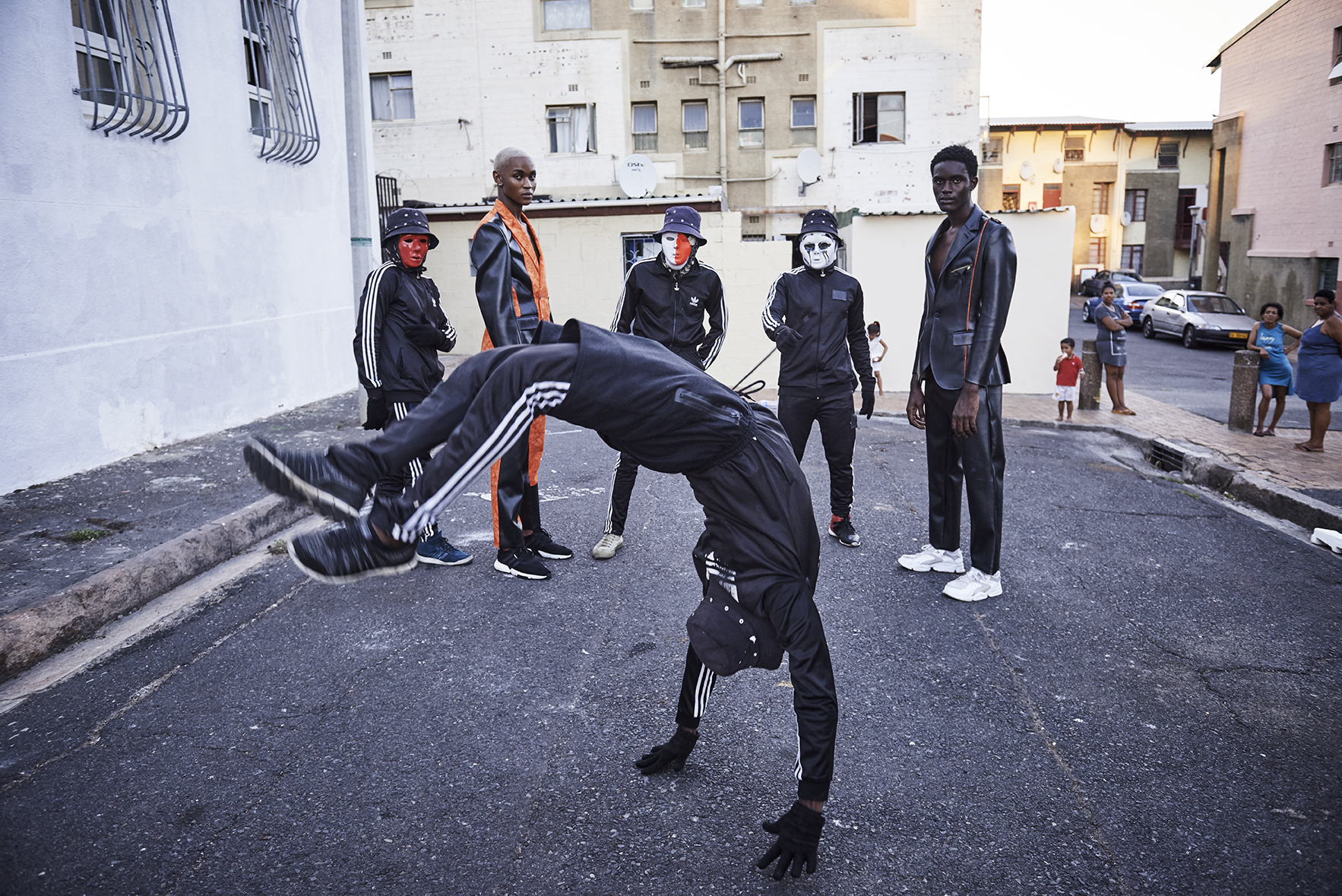 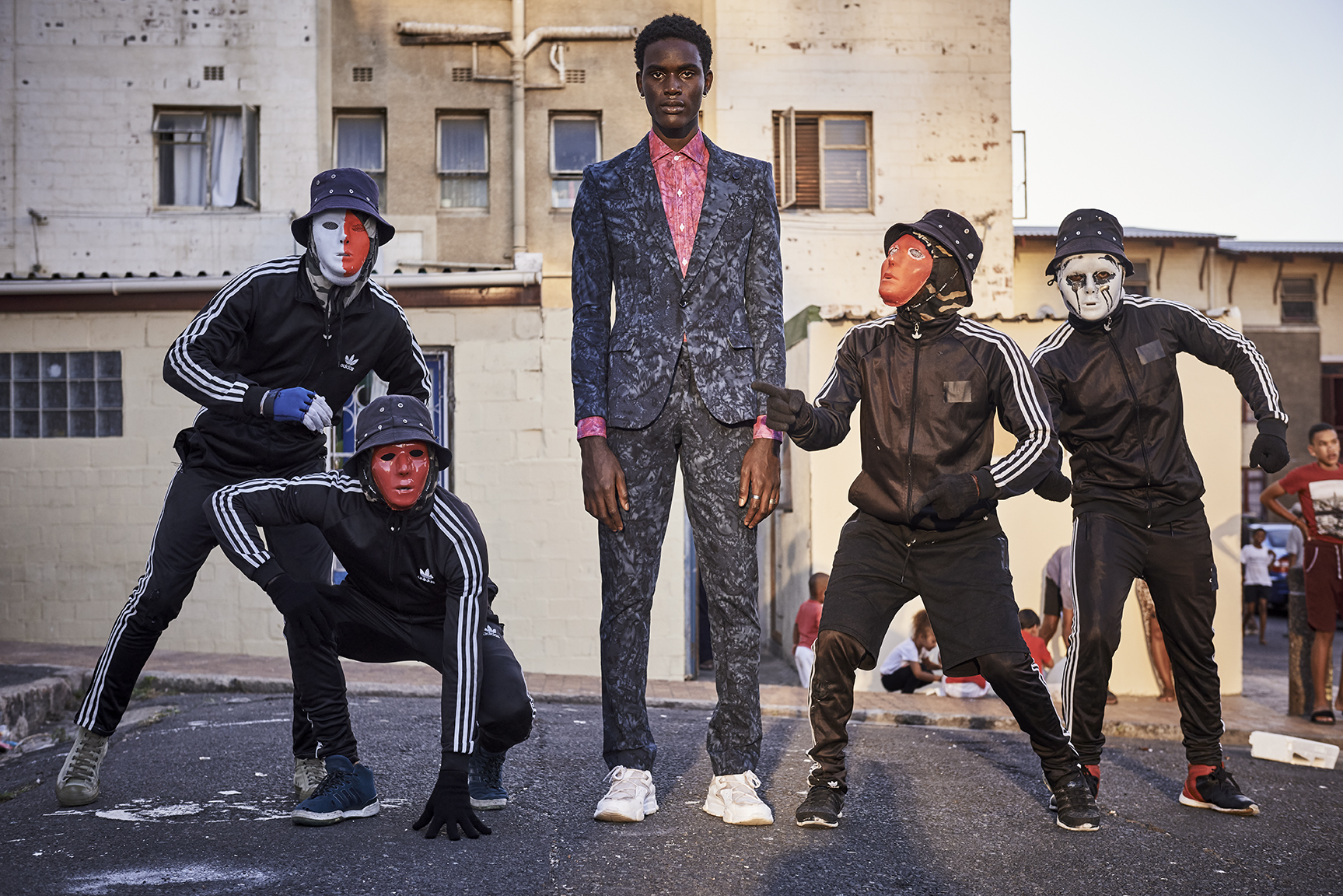 AFRICA IS NOW introduces Golden Spears, the dance crew who say their masked look was inspired by Jabberwocky. Meet DJ TafboY and B-Boys Ima, Kijogoo, Apple, Chichi and Mouse, who joined photographer Jacques Weyers to create this original Tokyo James collab, revealing their unique moves and highlighting the Nigerian-British designer’s distinctive urban style. B-Boy Ima says two of the crew met in Tanzania and when they came down to Cape Town, South Africa, they met the rest of the guys. The Golden Spears, who have been dancing together for seven years now, say dancing is their life: ‘Dance is like a way out – if we’re happy or sad, dance takes us away from that… that’s our dance flavour.’ 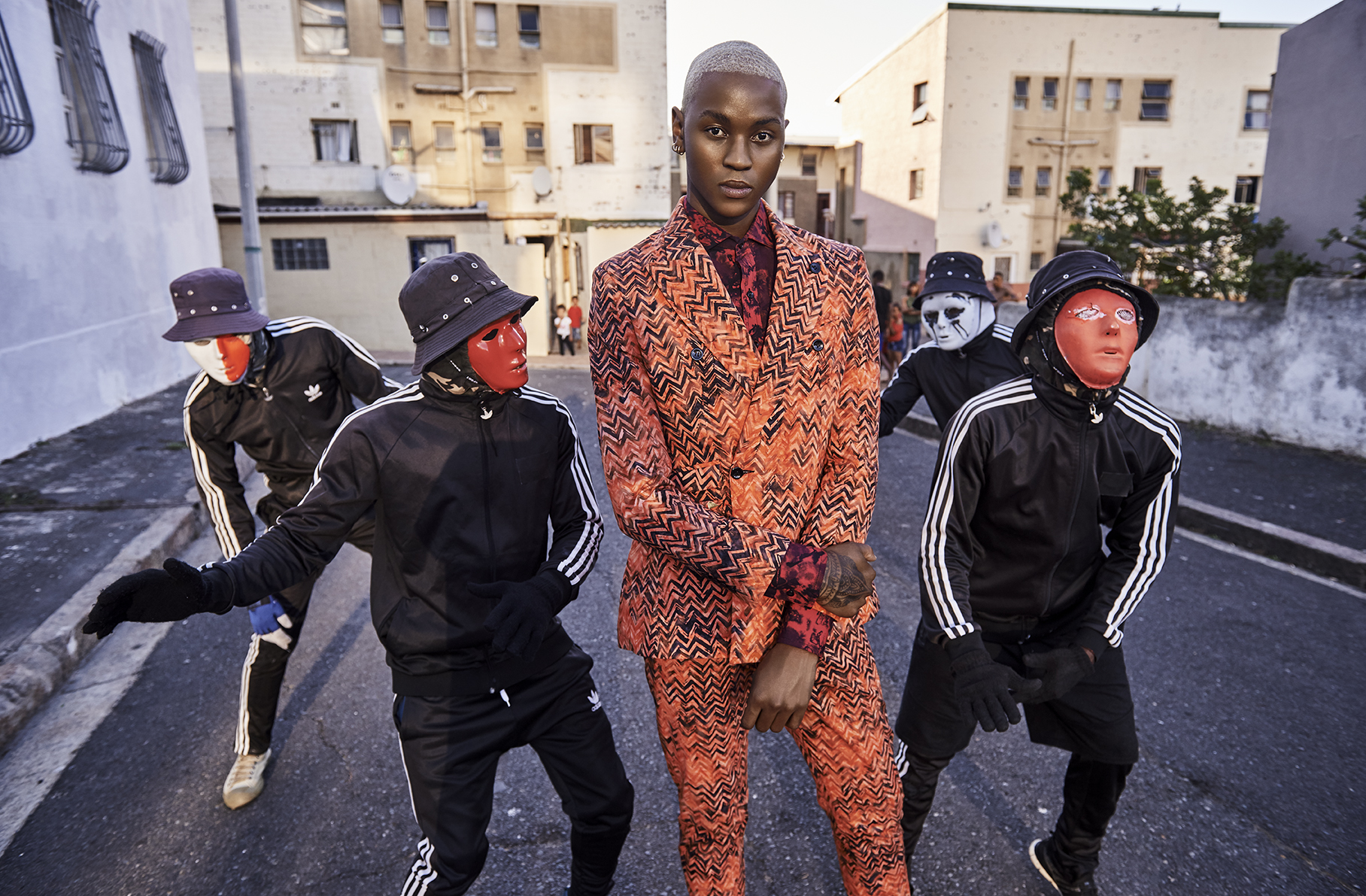 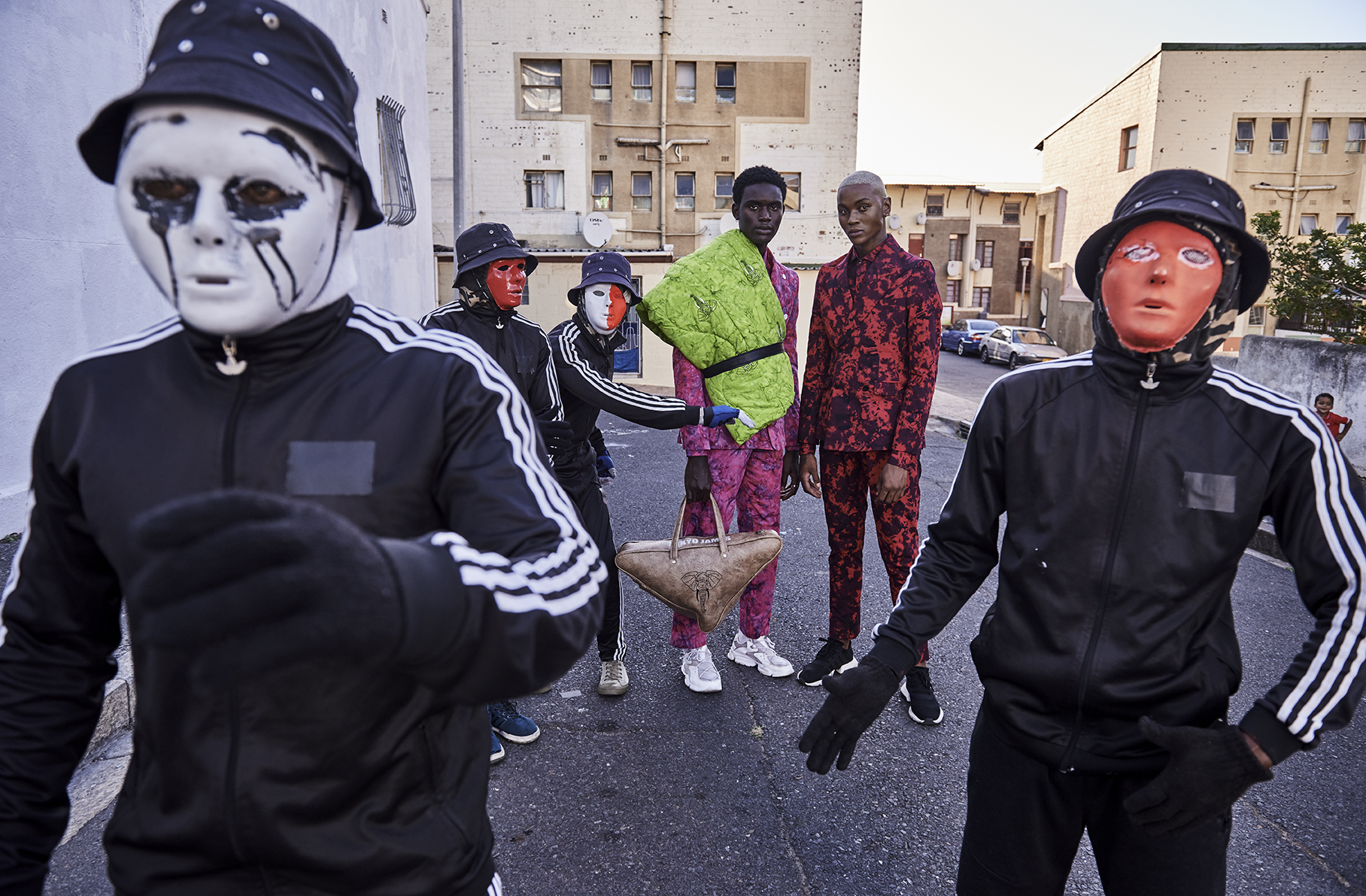 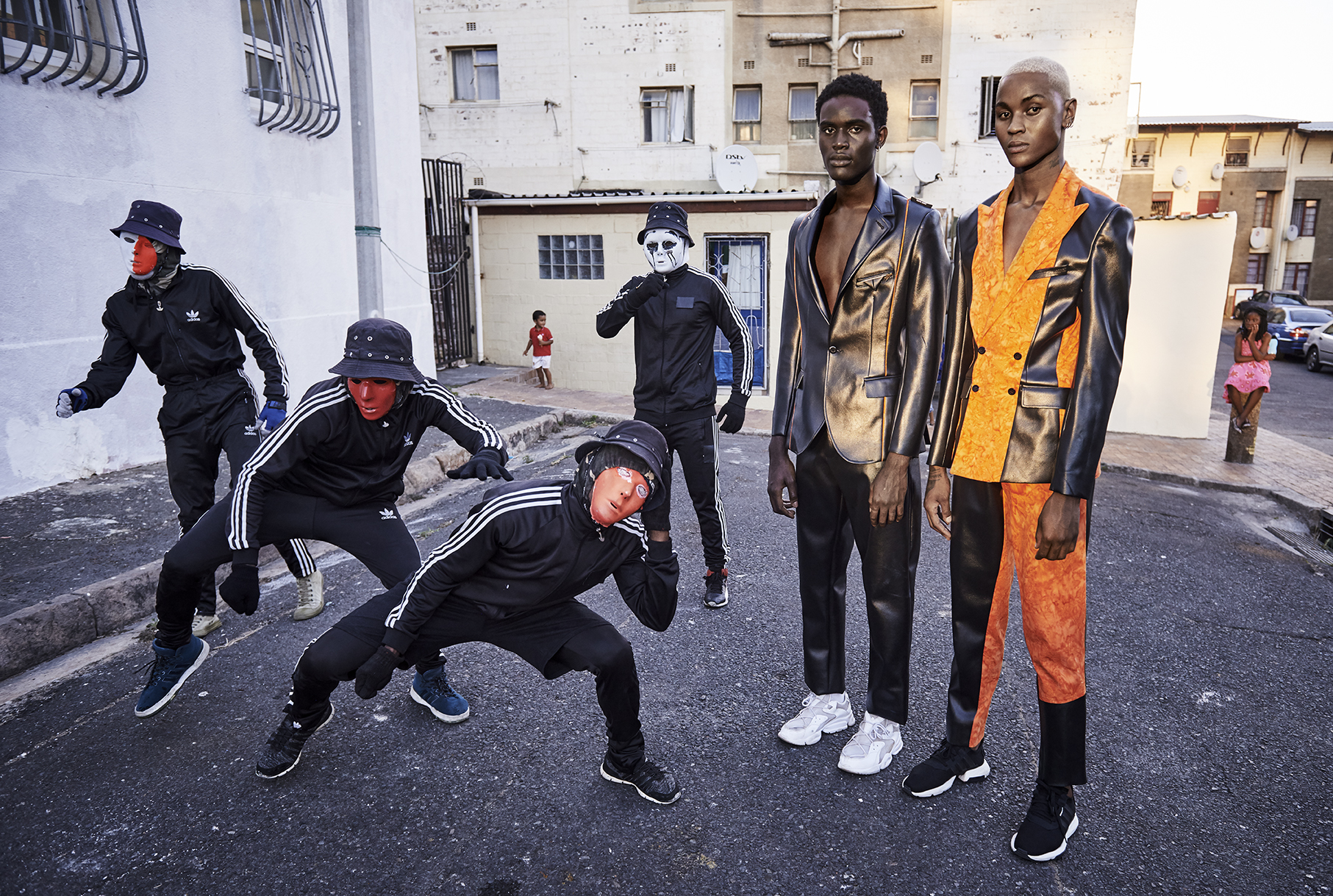