Amah AYIVI, the man who turns rubbish into treasure 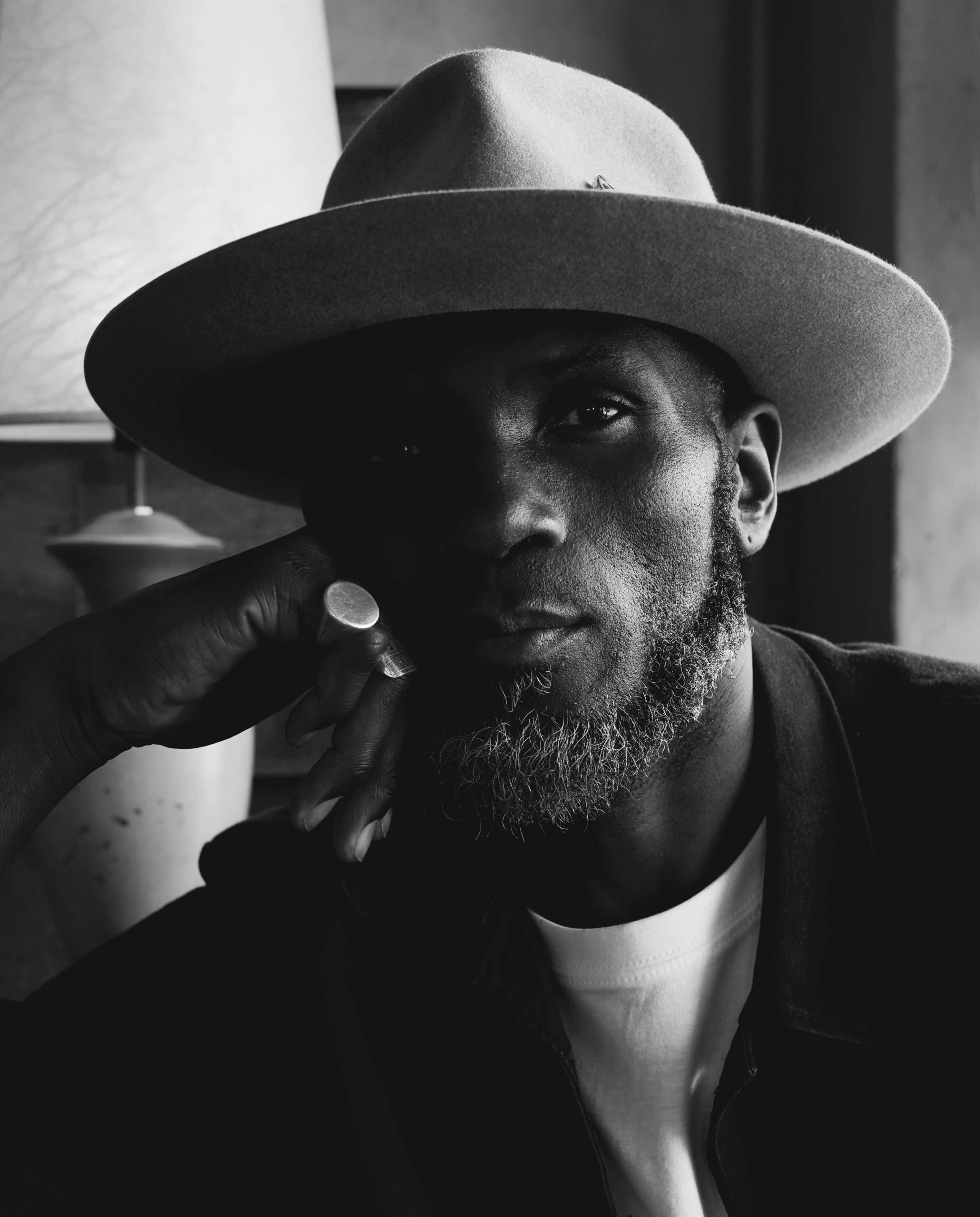 Born in Togo, then came to live in Paris as a teenager, it is in the French capital that Amah Ayivi created Marché Noir Paris Lomé. His brand, born on the mezzanine of the Comptoir Général (a Parisian bar and restaurant) offers vintage clothes that he finds on the Togolese markets, clothes that come from Europe and are sent to Africa like rubbish and that thanks to Amah’s eagle eye, come back to Europe as a real fashion piece. Over time he began to create his own pieces, inspired by traditional African clothing and revisited in his own way.

Visionary, multi-faceted, an ecologist ahead of his time and above all unique and talented, it is in a Parisian café near Bastille that Amah Ayivi tells us about his projects and his universe. 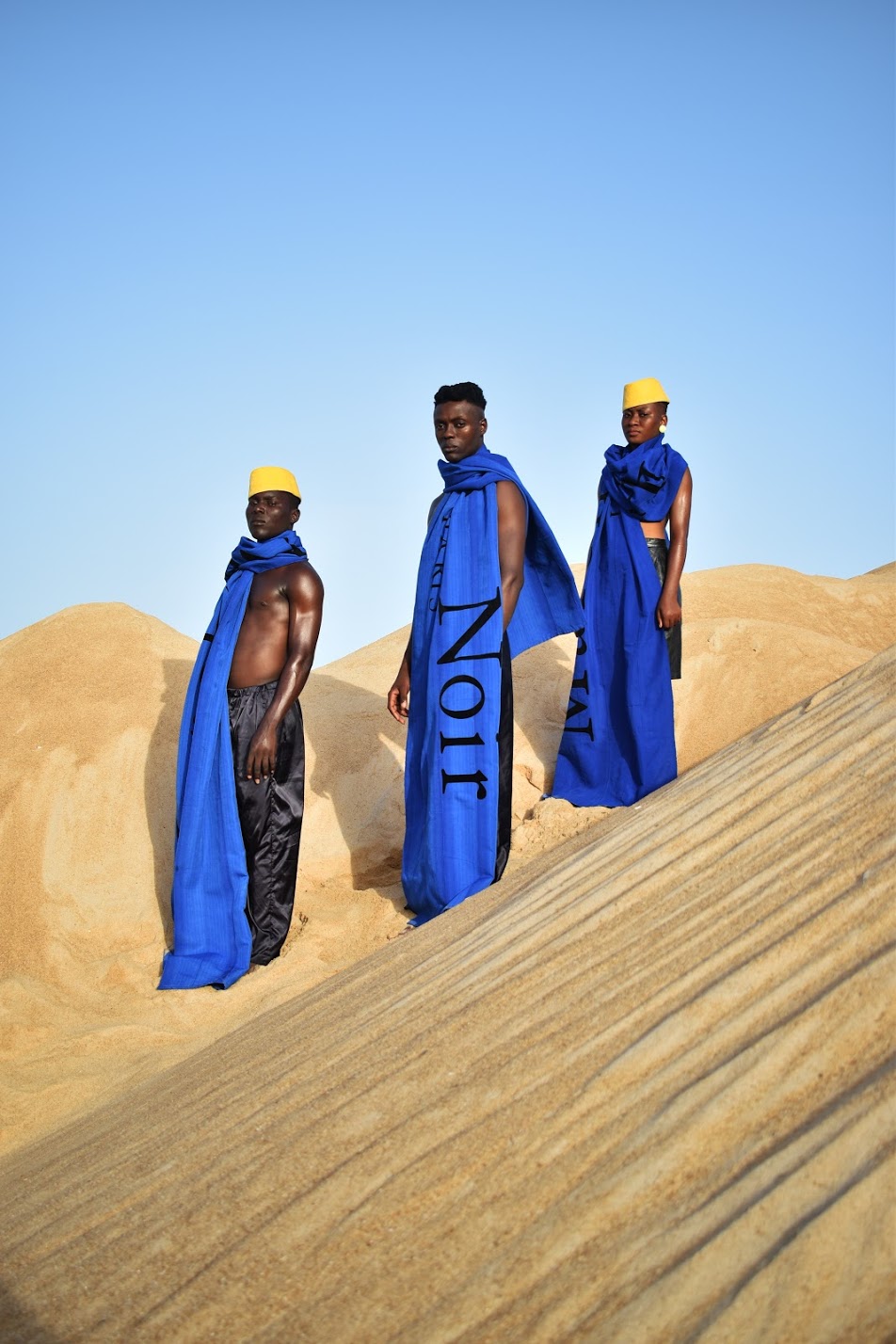 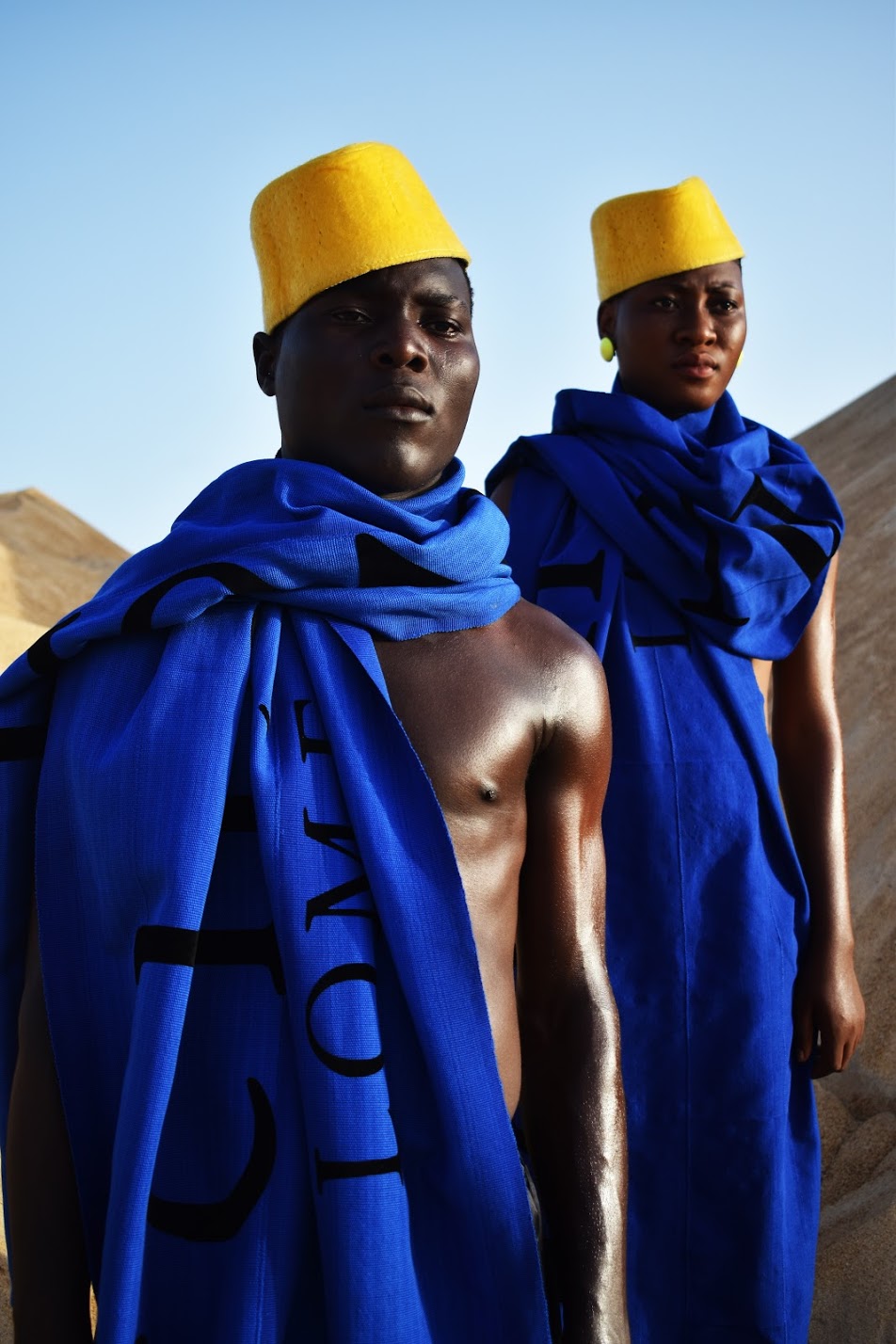 AIN : What was your background before creating Marché Noir Paris Lomé ?

Amah : I did a lot of things. I studied marketing but I only worked in this field for a year because I realized that I wasn’t really interested in working in offices. Afterwards I was a casting director for 10 years, I used to do wild casting, first for a production and then I set up on my own. And I even had an African food restaurant for a while.

Then I started working at the Comptoir Général in 2012. I set up a brunch there: an “afrobrunch” in which I mixed a lot of flavors so it would be a change from the classic brunch. One day the owner of the Comptoir Général, who knew that I had a taste for style and vintage, suggested that we open a vintage boutique on the mezzanine of the restaurant.

That’s how the Marché Noir adventure began, it’s been going on since 2013 and in the meantime, I’ve become one of the directors of the Comptoir Général and then a shareholder for 5 years, until 2017.

The Comptoir Général was an incredible adventure for me because there were clothes, music, and even exhibitions and conferences. It was a great experience in my life, which taught me a lot and allowed Marché Noir concept to really develop. 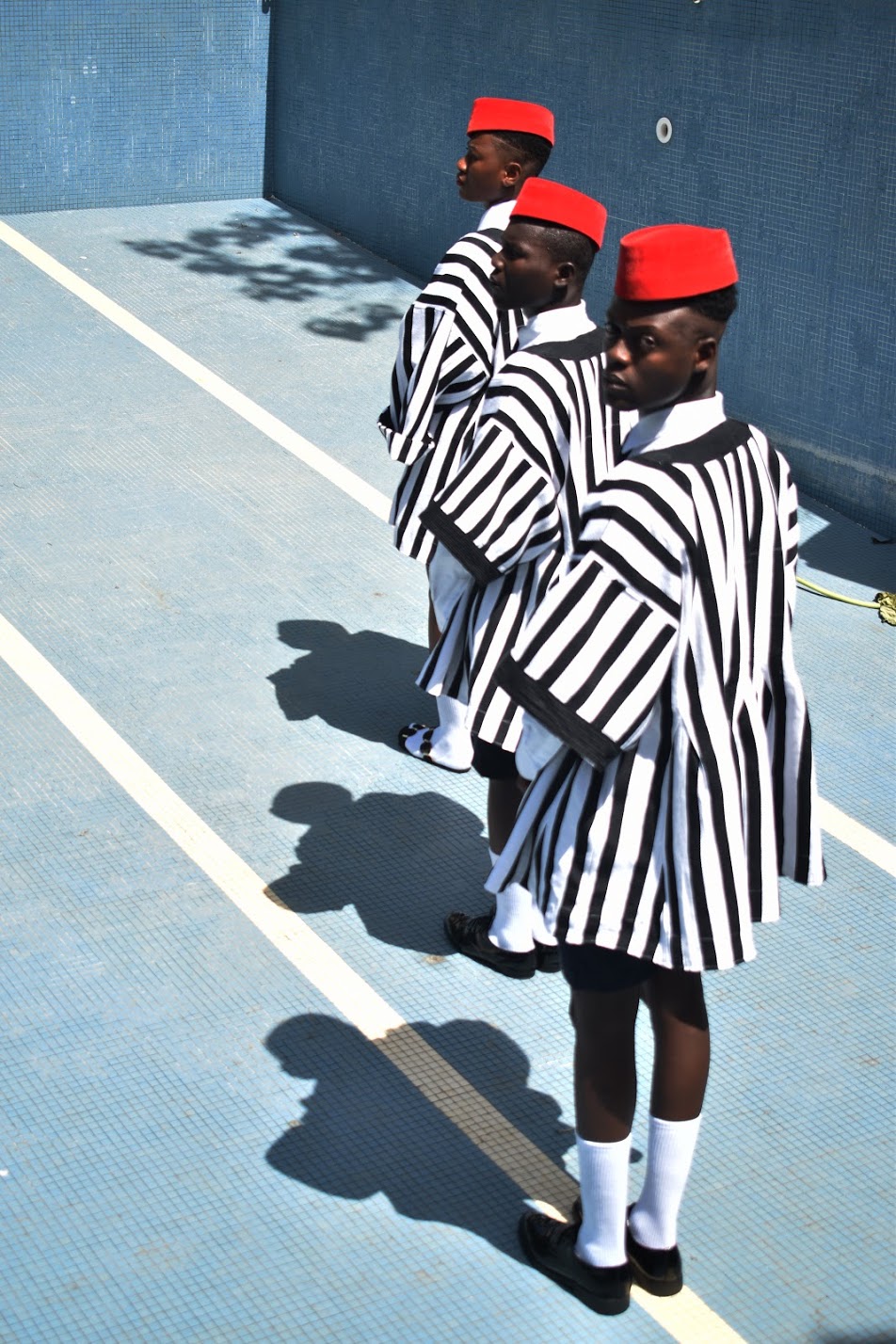 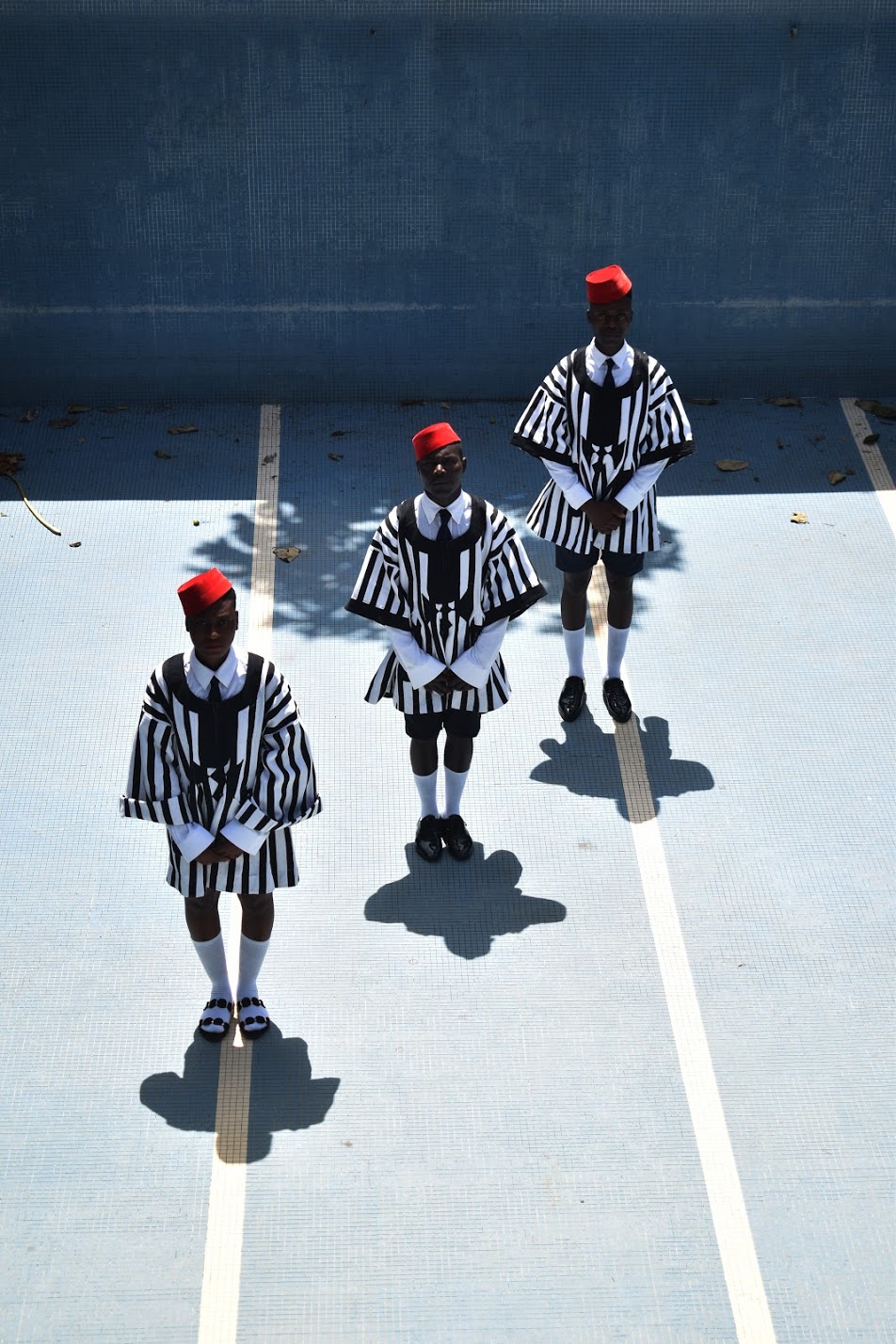 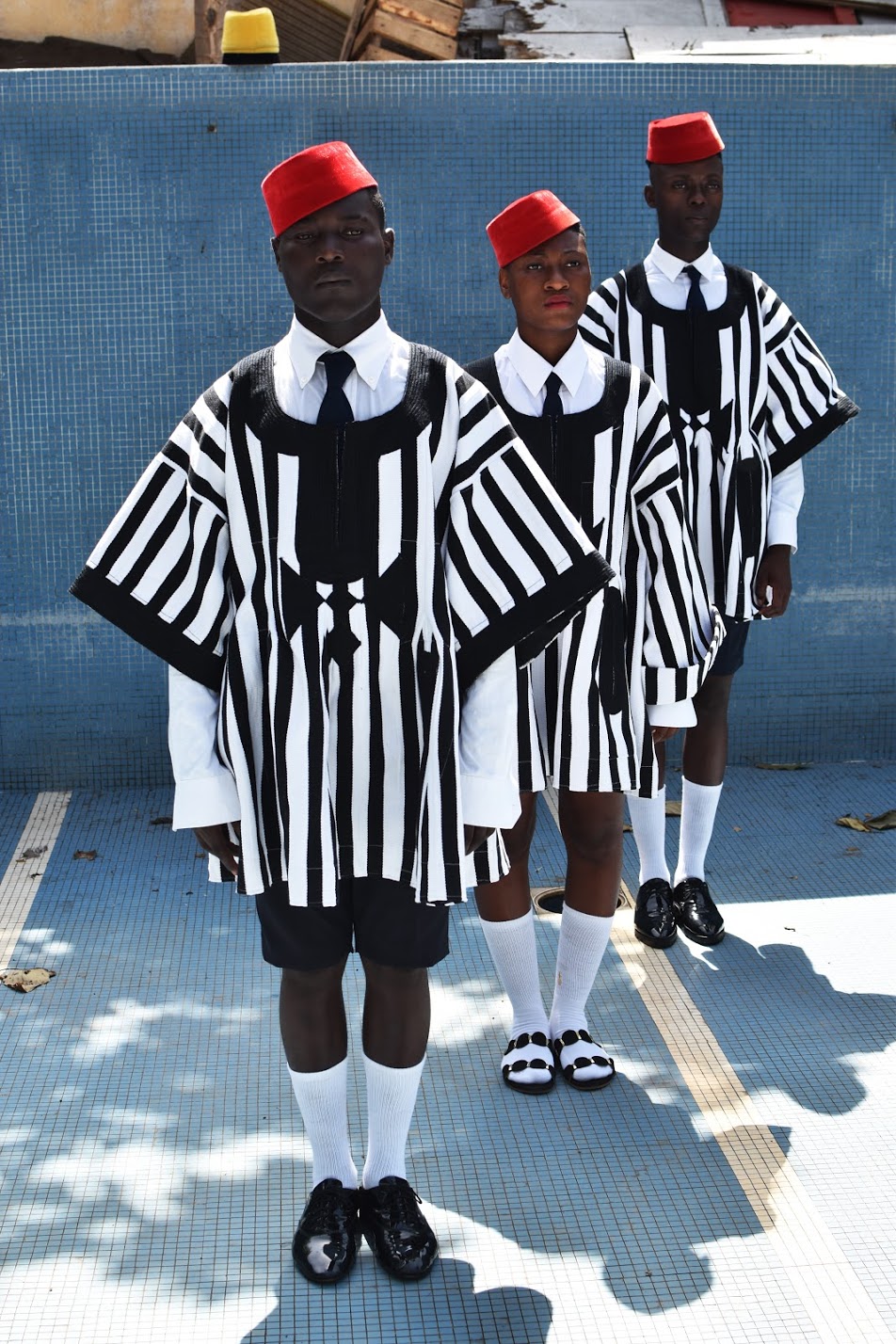 AIN : Why do you live in Paris and how long have you lived there?

AIN : Do you travel a lot in Africa ?

Amah : Yes, I travel a lot in Europe and Africa. In Europe because since I left the Comptoir Général and we closed our Marché Noir shop in the Marais, I no longer have a shop, so I’m doing Pop Up stores and projects all over Europe, for example I’ve just come back from Stockholm, where I made an exhibition about my work and the African fabric. So I travel a lot, soon I will go to Denmark and Italy. Of course, I also travel a lot to Africa, I go there 3 or 4 times a year. 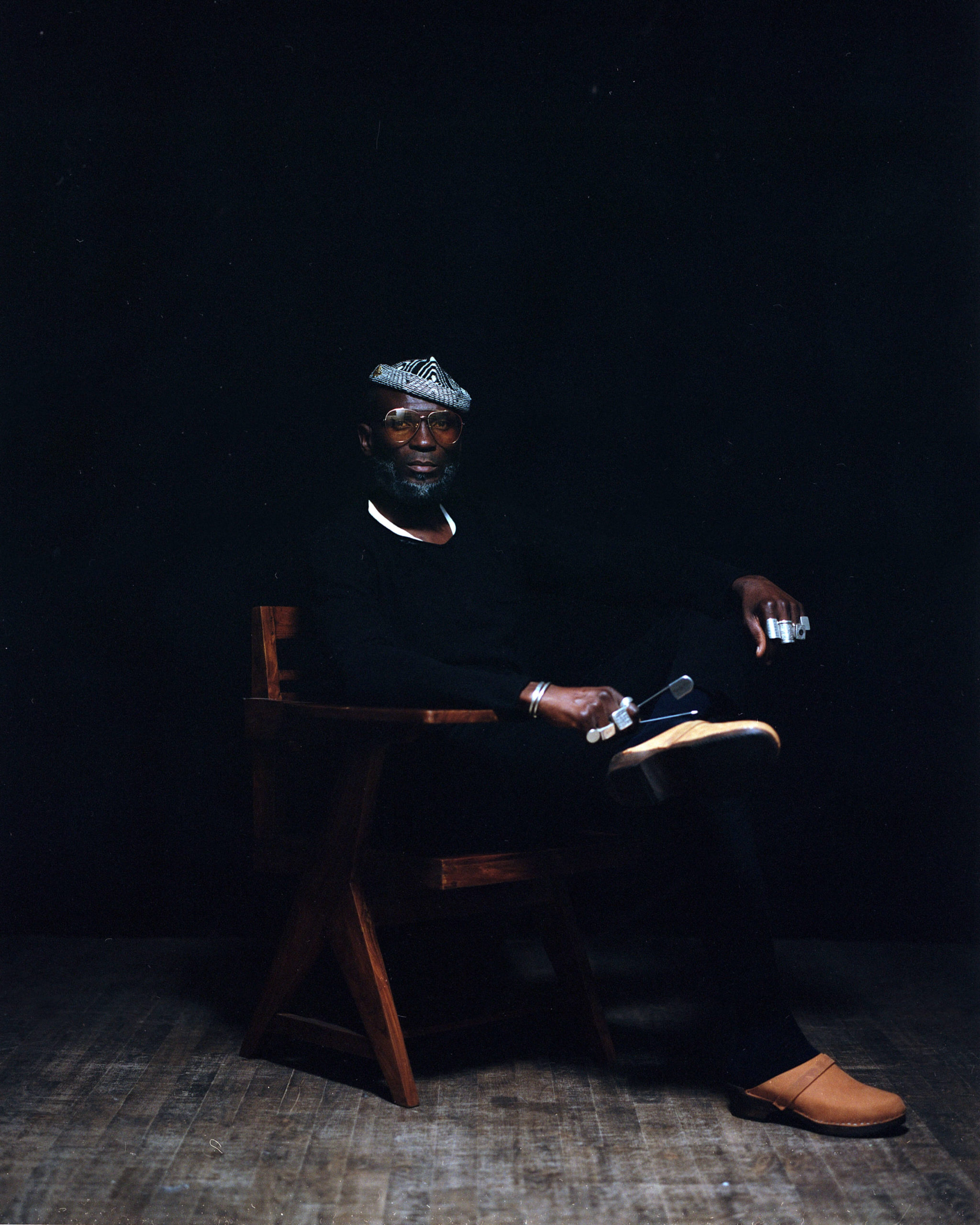 AIN : Marché noir Paris Lomé is a unique and complete project, how did it was born?

Amah : The project was born when I was at the Comptoir Général and when we decided to open the second-hand shop on the mezzanine. For the first supply of clothes, I went to the south of France but I thought why not get my supplies from Africa, because I always remembered that in Togo we had big vintage markets made up of clothes that came from Europe, so the idea was to bring these European clothes back to Europe.

This concept was also a militant act, because Europeans send anything and everything to Africa, such as fur coats that nobody needs because it’s hot there, so I wanted to bring back these clothes sent like rubbish to Africa as treasures to Europe and that’s how the Black Market was born.

Amah : I decided to choose this name because the clothes I buy in Africa, I find them in huge markets, which are sometimes the size of several Parisian neighborhoods, there are plenty of things and I pay for everything in cash.

It was kind of funny that I paid for everything in cash as if it was illegal, like a gangster. Plus the word play was perfectly suited to the fact that I buy the clothes in markets. Apparently this name pleases a lot but at the beginning I wasn’t sure because it’s daring and it has a double connotation.

AIN : Do you find all the clothes you sell in Africa?

Amah : Yes 90% of the vintage is sourced in Africa and for some time now I have been designing my own creations, which are based on a traditional Ghanaian outfit called the Batakali, made from a fabric called Kenté. It is a fabric woven in strips which are then sewn together, I use a Kenté from Ghana. So everything is produced in Africa because I really wanted to work with African craftsmen on the spot and show that it was possible to have “made in Africa” which was very well made and of very good quality.  Moreover my clothes continue to rise in quality because I am demanding and the European and American markets where I sell a lot are also very demanding.

It was a real will on my part, I didn’t even think for a second about producing somewhere other than Africa. 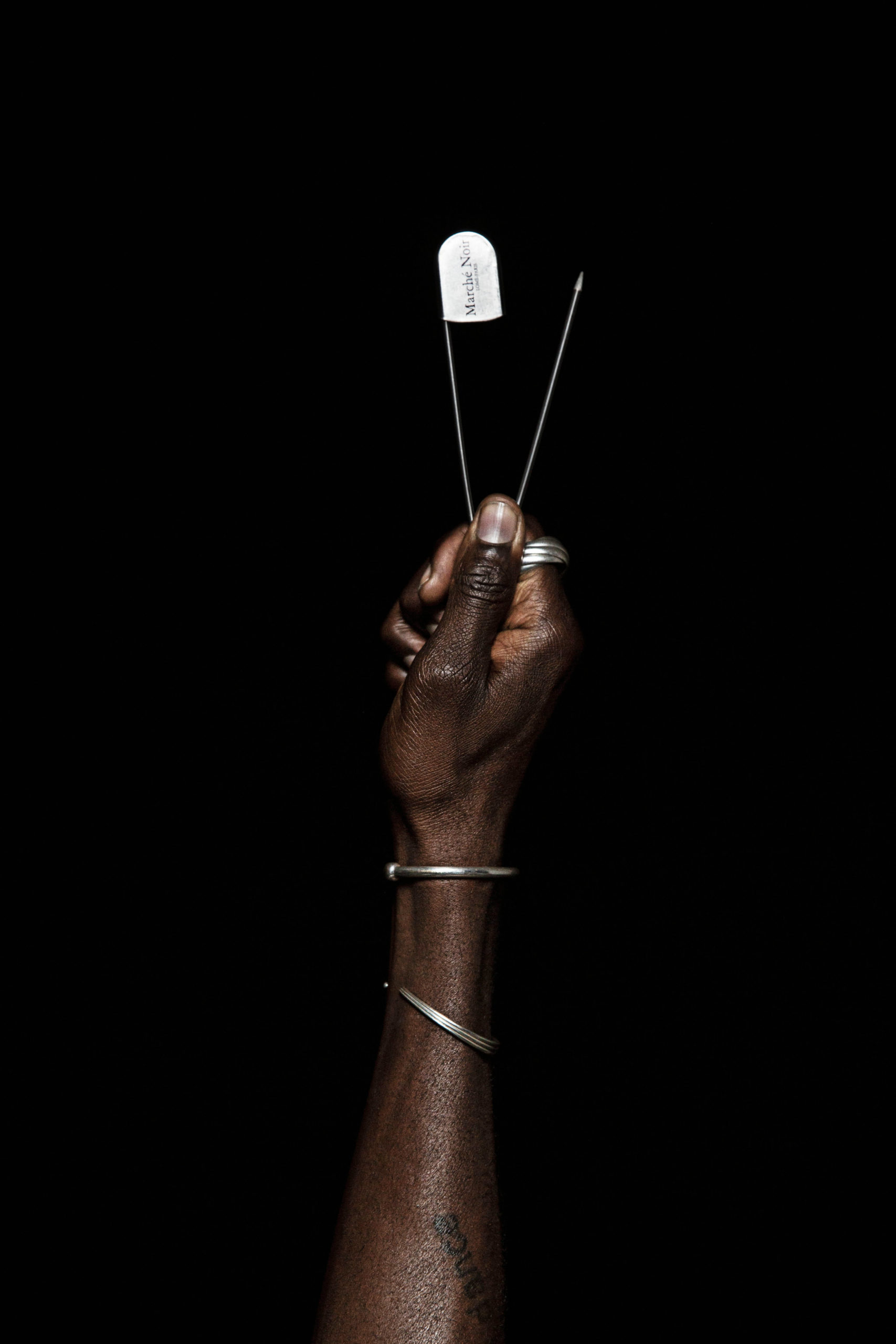 AIN : In the beginning you only offered vintage clothes at Marché Noir but today you also create your own clothes, why?

Amah : It’s a good question because I’ve always been asked to design my own clothes but I never really wanted to because vintage is very important to me because I’ve been dressing in vintage since I was 15 years old and I’m a bit against mass production so I didn’t want to create and produce new clothes.

Then I wanted to create this Batakali outfit that I told you about, inspired by my father but also by the former President of Ghana, Jerry Rawlings, who when he went to meetings at the United Nations or met other political figures wore the Batakali, he represented Ghana in his traditional dress. It was these two people who inspired me when I felt ready to design.

It’s not mass market products, it’s handmade, I don’t produce a lot of pieces because each one takes time to make.

AIN : What are your references and inspirations in terms of style?

Amah : The person who inspires me the most is my father, I realized not long ago that he inspired me so much, when I was asked this question before I said that it was the street or Africa that inspired me.  But I managed to put a name to my main inspiration and it is really my father, I still have images of him in my head from when I was a child, that I used to go with him to his tailor’s, I remember his three-piece suits, his boubous and his hats. He had that African elegance, which is perfectly clear to me today.

And there is also the style and attitude of the 60s and 70s in Africa, which can be seen in the photos of Malick Sidibé or Seydou Keïta, which inspires me in my style and in my creations.  Today’s Africa inspires me less in terms of style, but its energy inspires me a lot, especially that of young African creators.

AIN : You have also created a style office for other designers, how did you come up with this idea?

Amah : I created this style agency with Sam and Shaka from Art Come First because people told us they liked our style, we were sometimes asked to take pictures of us. We realised that some brands and agencies were using our photos for their moodboards. We then thought that people use and sell our photos to make money, why not create our own agency and sell our expertise by ourselves.                .

You always have ideas in your head and it’s not easy to implement them, it’s easier through an agency that is something concrete where people can understand what you’re doing.

For example, for the exhibition I recently held in Stockholm about my work and African fabrics, our agency did the curation. We mix our brands and our agency to best represent our universes.

The idea behind this agency is to take our universe and our creative know-how with the DNA of others to offer them something efficient. It’s about sharing and collective expression. 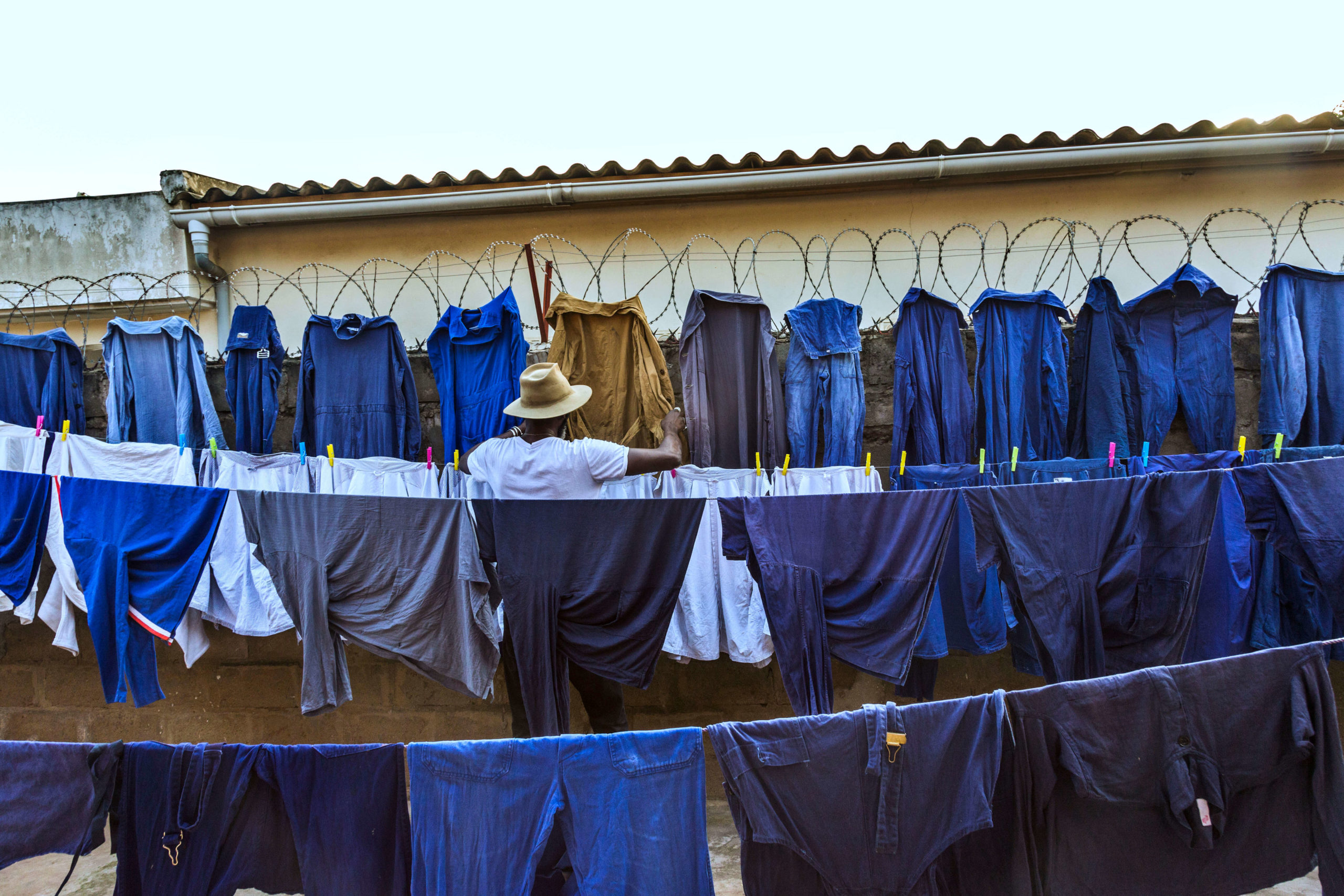 AIN : In your concept there is a sustainable aspect that goes against mass consumption, why is this important to you?

Amah : I think it was something natural, having grown up in Africa, we were already recycling a lot, not to mention saving the planet, it wasn’t fashionable. In Africa, therefore, we recycle when we need it, the slightest object that we have used is recycled, whereas in Europe we throw it away. I think this idea of reuse stayed in my mind, as a child I always played with recycled toys, as a teenager, after my arrival in France I took a taste for vintage.

I always say that the idea of up-cycling doesn’t make sense to me because I was already practicing it before the word existed. I was already sustainable at the time when nobody talked about it.

It’s part of my DNA and that’s what I defend through my ideas, because it’s not only through clothes that we are sustainable, I like the idea of recycling heritage and that’s typically the case of the Batakali which is a traditional outfit that is hundreds of years old that I recycle by modernizing it.

I like this generation of African designers, who offer very interesting things, there are some very good ones with a totally different look because some of them grew up here in Europe and came back to Africa, others have always stayed in Africa but sell in Europe so it’s very interesting to see that finally today we talk about African fashion but for me it has always existed.

People like Jean Paul Gaultier or Yves Saint Laurent have always been inspired by Africa but have never expressed it clearly, at least not out loud. So for me what’s happening today with fashion in Africa is a continuity, it’s something natural, this energy that has been swarming for some time and  it’s coming out.

It also works because we Africans accept ourselves and we are proud of who we are, whereas before that wasn’t necessarily the case, before Africans didn’t dare to say they were Africans, we wanted to look too much like occident and do things that pleased occident. As we accept ourselves today, what we offer is different, our creations now have this African imprint which makes us all the more respected. For me, this is the key to what is happening today.

When you see the young designers from Nigeria, Ghana, Ivory Coast or South Africa who have nothing to envy the Europeans, it doesn’t surprise me that we talk so much about fashion in Africa.

AIN : How do you see the future of Marché Noir?

Amah : I’ve been doing this for 7 years and I’ve never made a website, so between now and November I’m launching the Marché Noir website.

By the end of the year I’m also going to open a small shop in Togo, because being confined there for three months, I saw things differently, even though I go there often, I’ve never stayed there so long before, so I wanted to open a shop there.

And for me the expansion of Marché Noir will focus on vintage and design elements but also do more work with African designers. With Art Come First we are trying to expand our agency in West Africa to work with and represent young African designers around the world. 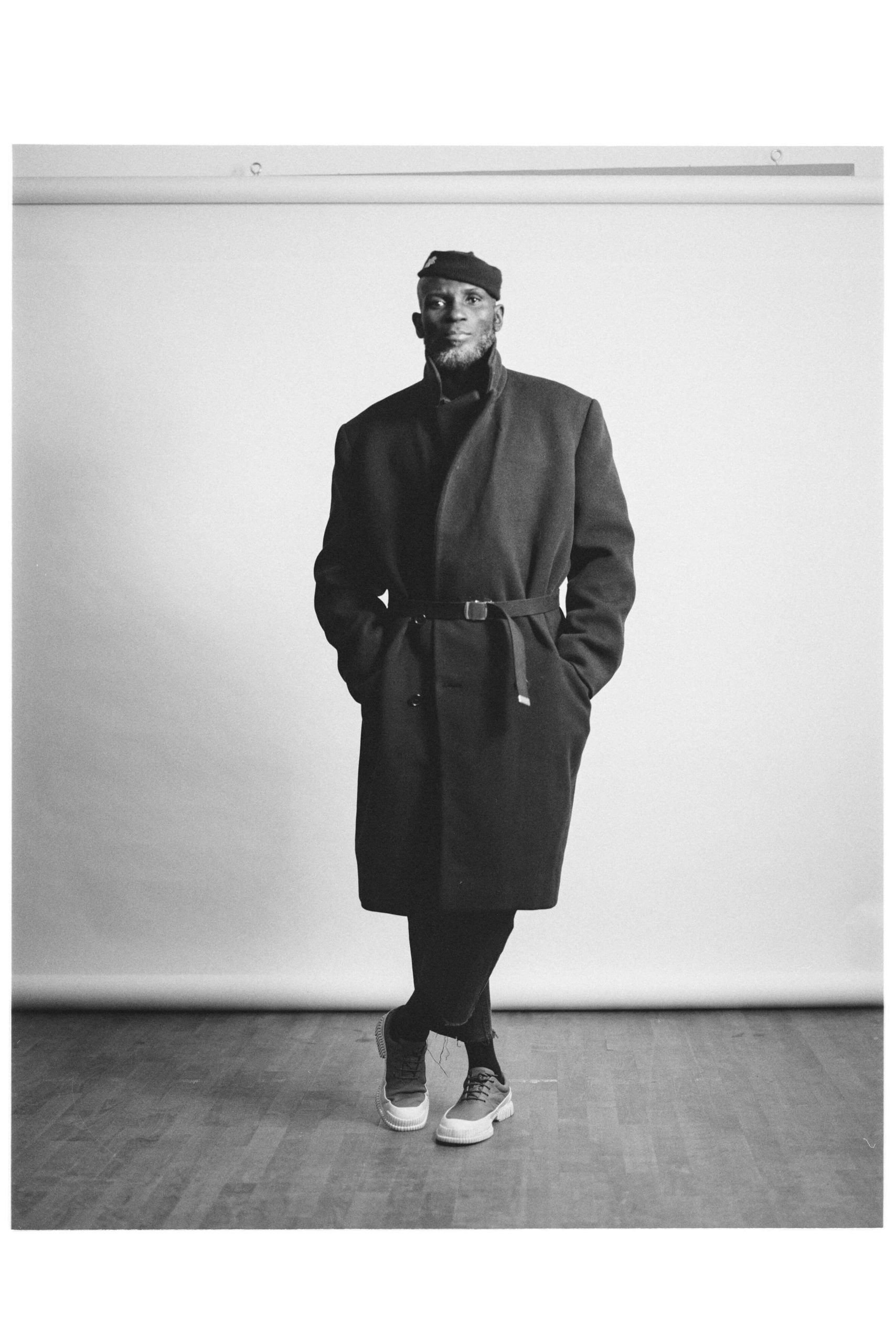