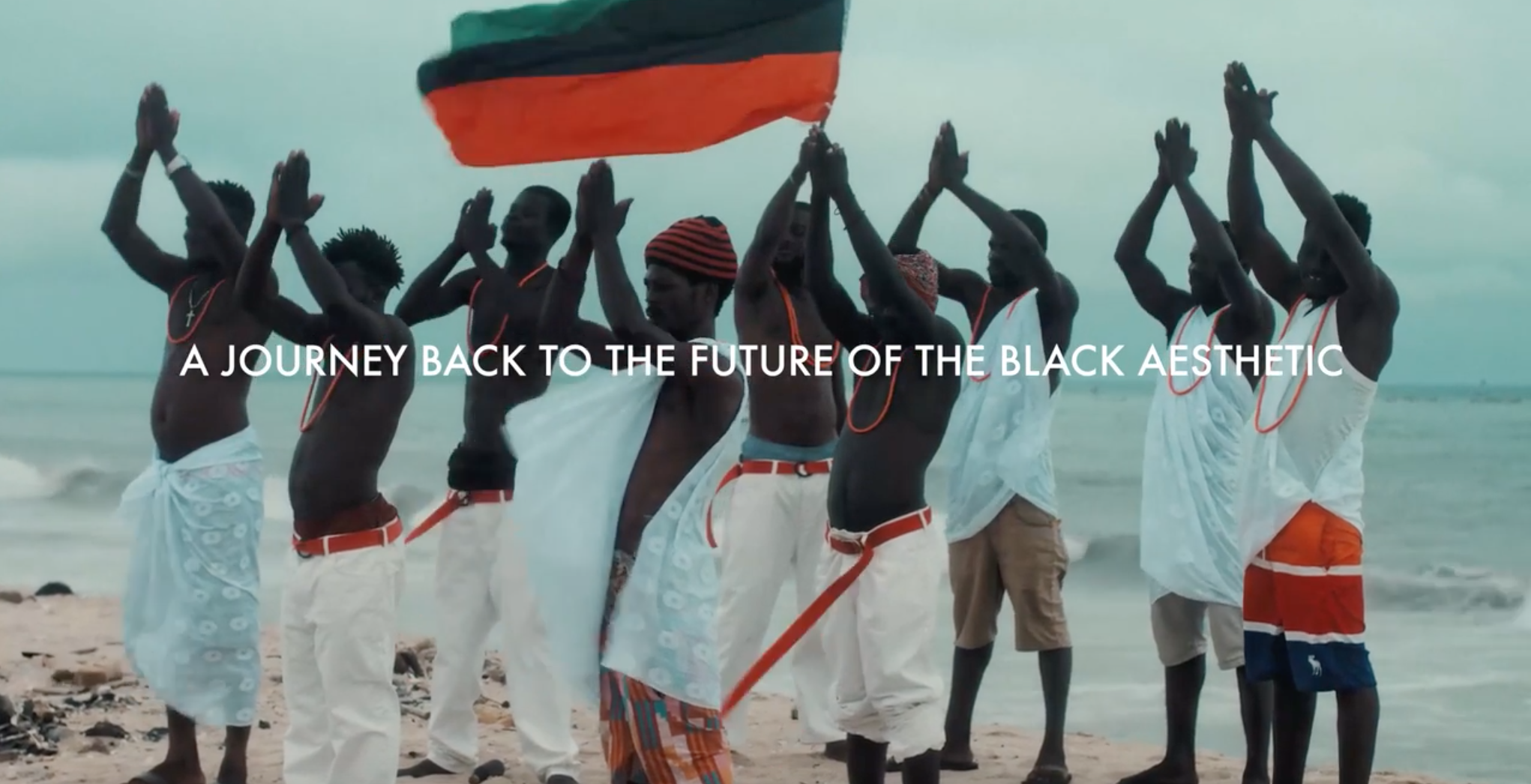 A cinematic portmanteau paying homage to the culture, identity, and digital creativity of a global Africa.

Welcome to the first stop on our cross-continental tour exploring how the internet has enabled filmmakers from the African diaspora to trade visual motifs and styles—giving rise to a bold, black, and globally influential aesthetic. Curtis Essel is a British-Ghanaian filmmaker whose creative agency lies in pedagogy, drawing on his personal experiences to educate audiences on inclusive and diverse narratives.

Allumuah was selected for the 2020 Tribeca Film Festival and was announced as the winner of the Vimeo Best of the Year Award (Experimental). Its instant success and beauty lie in its mix of digital imaginings, spoken parables, and vivid scenes shot across Ghana’s capital. Intergenerational storytelling, the theme of this project, is a time-honored form of knowledge-sharing across Africa, where pearls of wisdom are used to instruct younger generations. 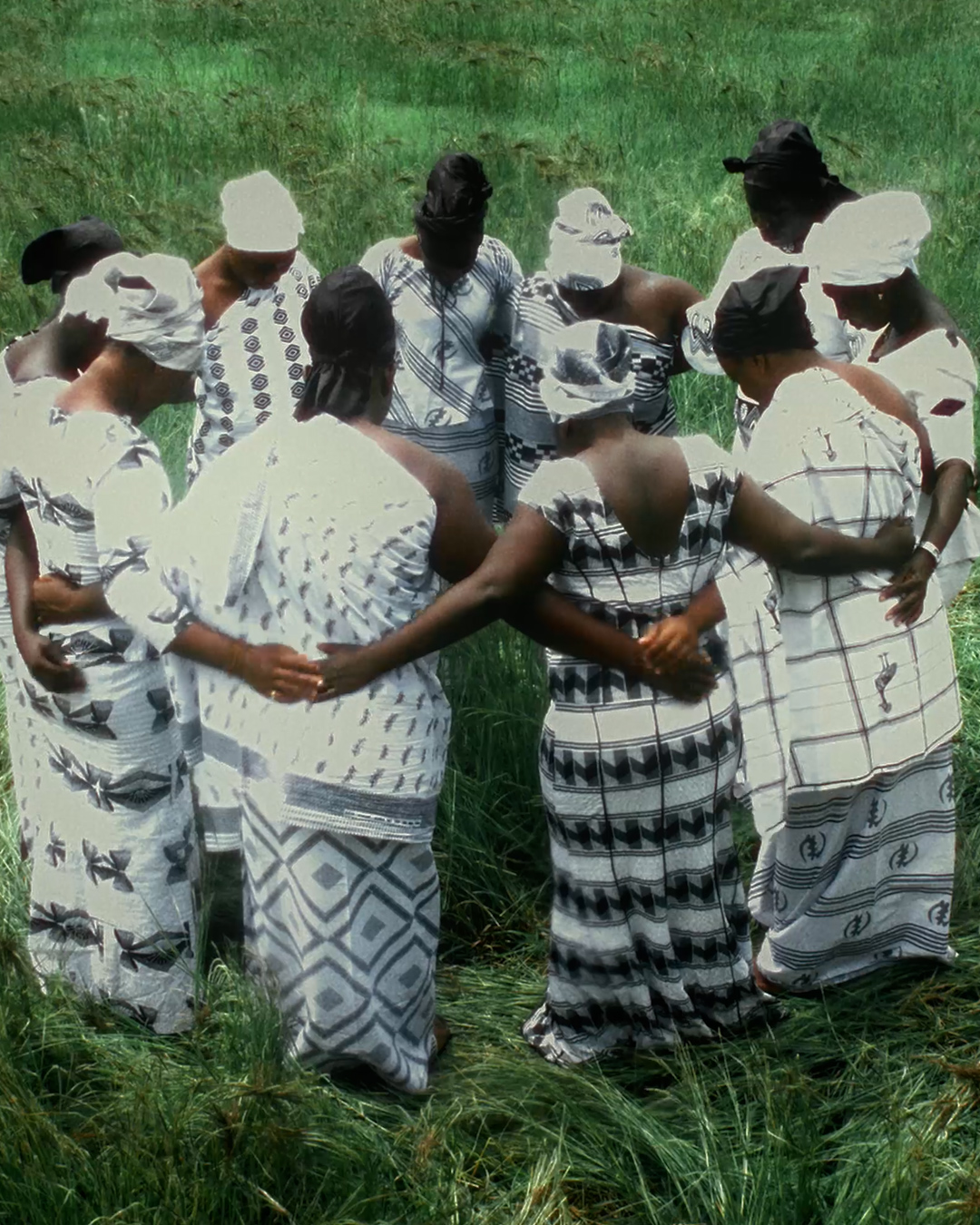 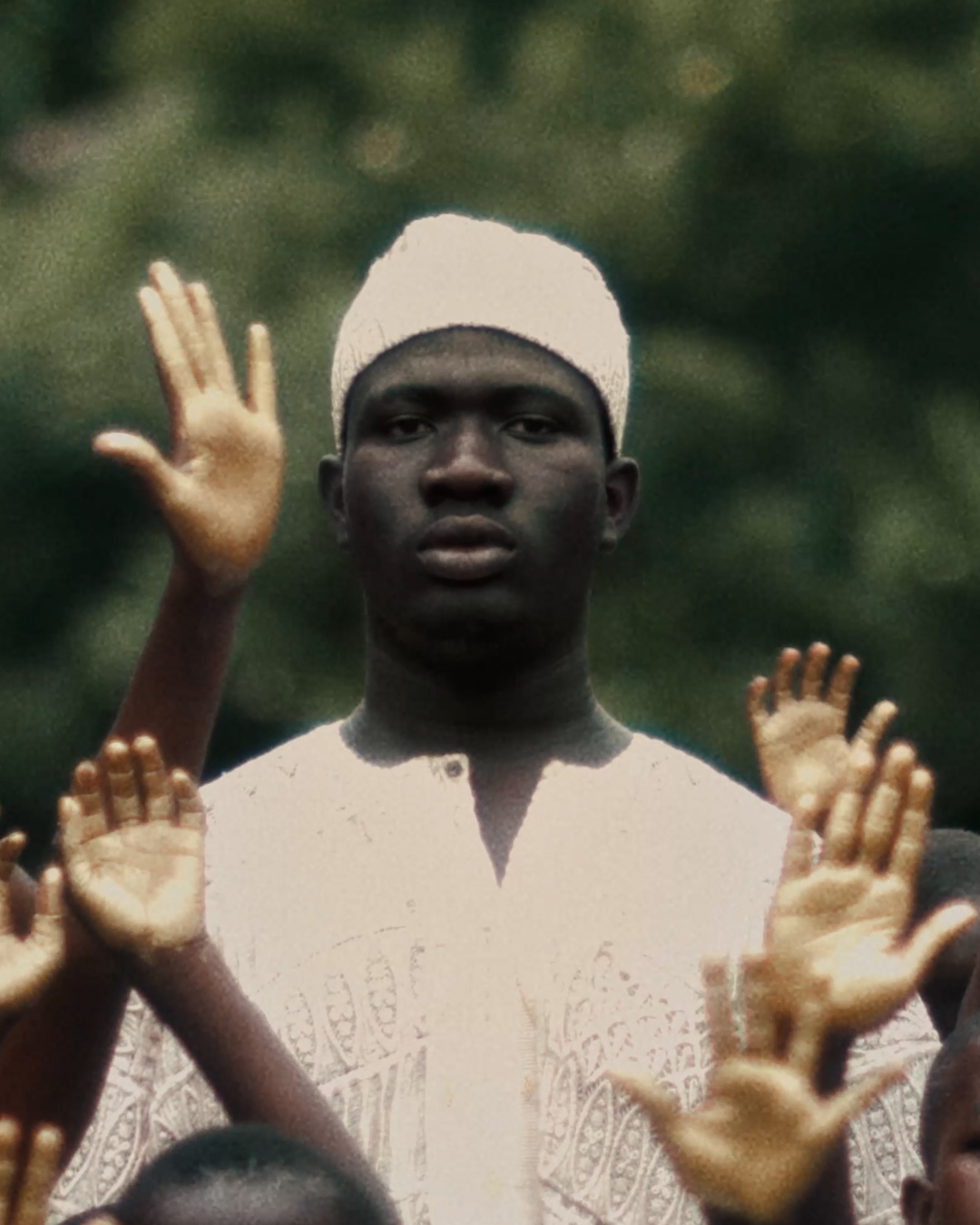 Not only does this film honor Essel’s grandmother, who went by the name Allumuah and was an admired storyteller, but it also honors the lineage of African artists who have gone before the director.

Allumuah is a cinematic portmanteau, blending the thinking of Ekow Eshun’s 2002 book “Black Gold of the Sun,” the aesthetics of filmmakers John Akomfrah and Ngozi Onwurah’s The Last Angel of History (1996) and Welcome II the Terrordome (1995), and pulls frames from renowned photographers Felicia Abban, Samuel Fosso, and Malick Sidibé. “Simply put,” says Essel, “Allumuah is a love letter to all Africans around the globe, championing the idea of unity for Africa’s dignity, progress, and prosperity.”

Read on for an interview with the director…

What impact did reading “Black Gold of the Sun” have on you as an artist?

An extremely profound one, especially when it comes to understanding the politics of identity. “Black Gold of the Sun” allowed me to introspectively examine some of the subconscious ways people of the African diaspora act. The book allowed me to understand my position and how I’d leverage it within communities in England and Ghana.

I went to Ghana for the first time as an adult in 2018 and, in hindsight, it was nearly impossible not to embody some Western conceptions of cultural hierarchy. I’d subtly exert more authority by putting on my “Britishness” to negotiate better results for myself. I grew up in England and claimed to be Ghanaian, which is ironic because I wasn’t well versed in the culture or the language. When I was in Ghana, I removed this identity in order to thrive. It wasn’t a conscious effort but symptomatic of systematic colonialism embedded within the community. 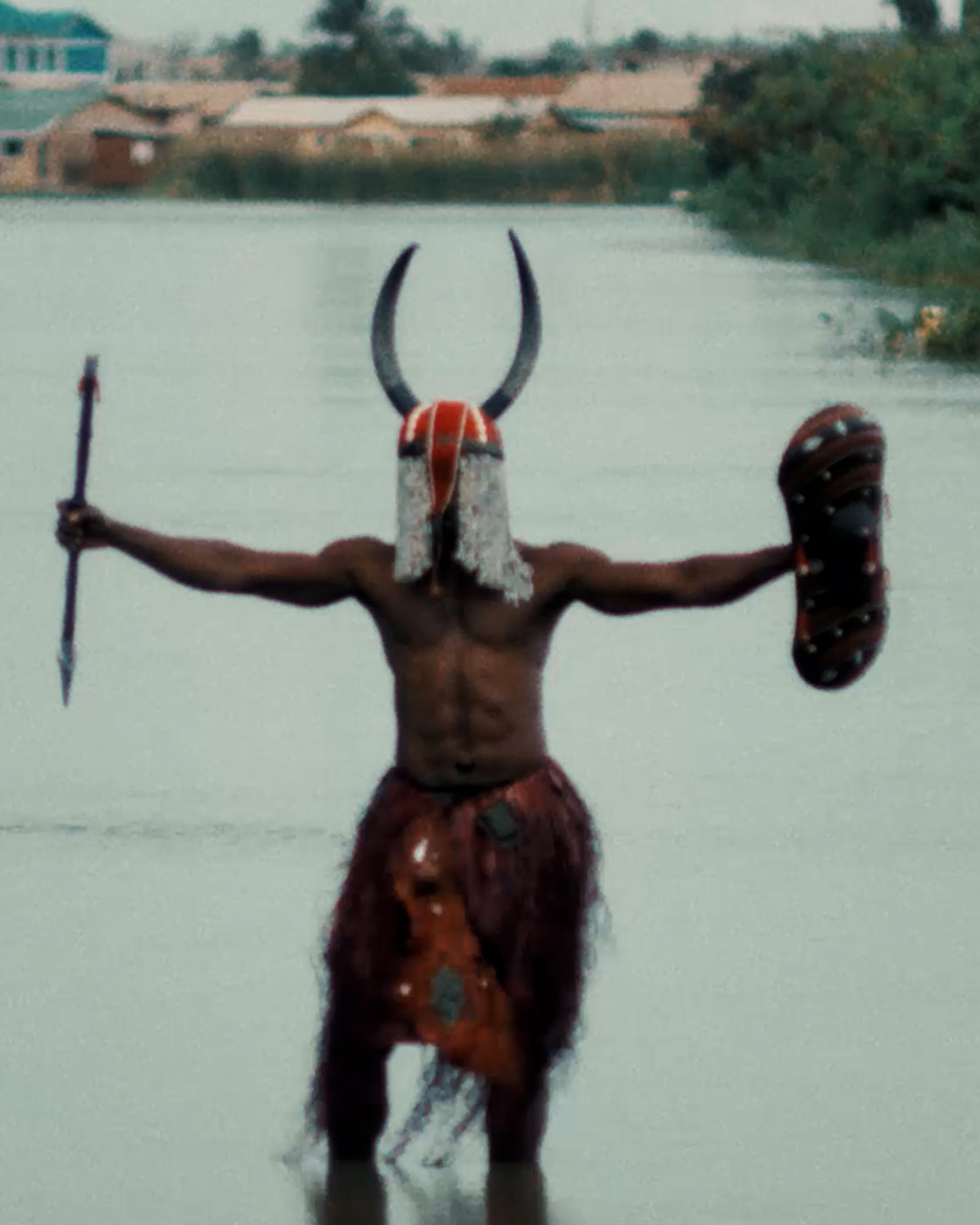 What place do local proverbs have in the international communities of today?

I feel as though proverbs have more of an impact on the diaspora as a binding tool for connecting us back to home. My parents would often throw proverbs at me, sometimes using contexts that I wasn’t familiar with but made more sense when I got to Ghana.

Just how a picture can paint a thousand words, so too can an adage that can affect how one perceives the world. It is a beautiful tradition that has to be protected and needs to be passed down the generations.

What did your No Direct Flight collaborator bring to the project?

Kojo Ampo’s (Motion Designer based in Ghana) animations were a perfect fit with this project. Kojo and I discussed my academic background as a Mathematics & Finance graduate and felt it was important to infuse this somehow. So, we used Dutch graphic artist MC Escher’s designs as a reference for many of the animations as well as the concept of duality which is prevalent throughout the film.

Kojo’s designs were used as a form of transportation, taking the audience on a journey into another realm as we explore and celebrate the different themes touched on in the film.

How does one go about creating a film that is subconsciously, if not universally, understood by Africans and the diaspora?

The initial idea was to respond to the brief and create a project that would be received well by a wide audience. However, as the film developed, it became more personal. As much as it’s a love letter to Africa, I wanted to make sure that it spoke to all people who experience similar feelings of duality in their lives.

I brought on board my friend Dami Khadijah who has always been a gifted wordsmith, known for speaking in parables to convey her message during conversations. She always wanted to do a project where the entire visual film was spoken and based around African proverbs. The use of non-English narration was intentional so it was clear who our message was for. 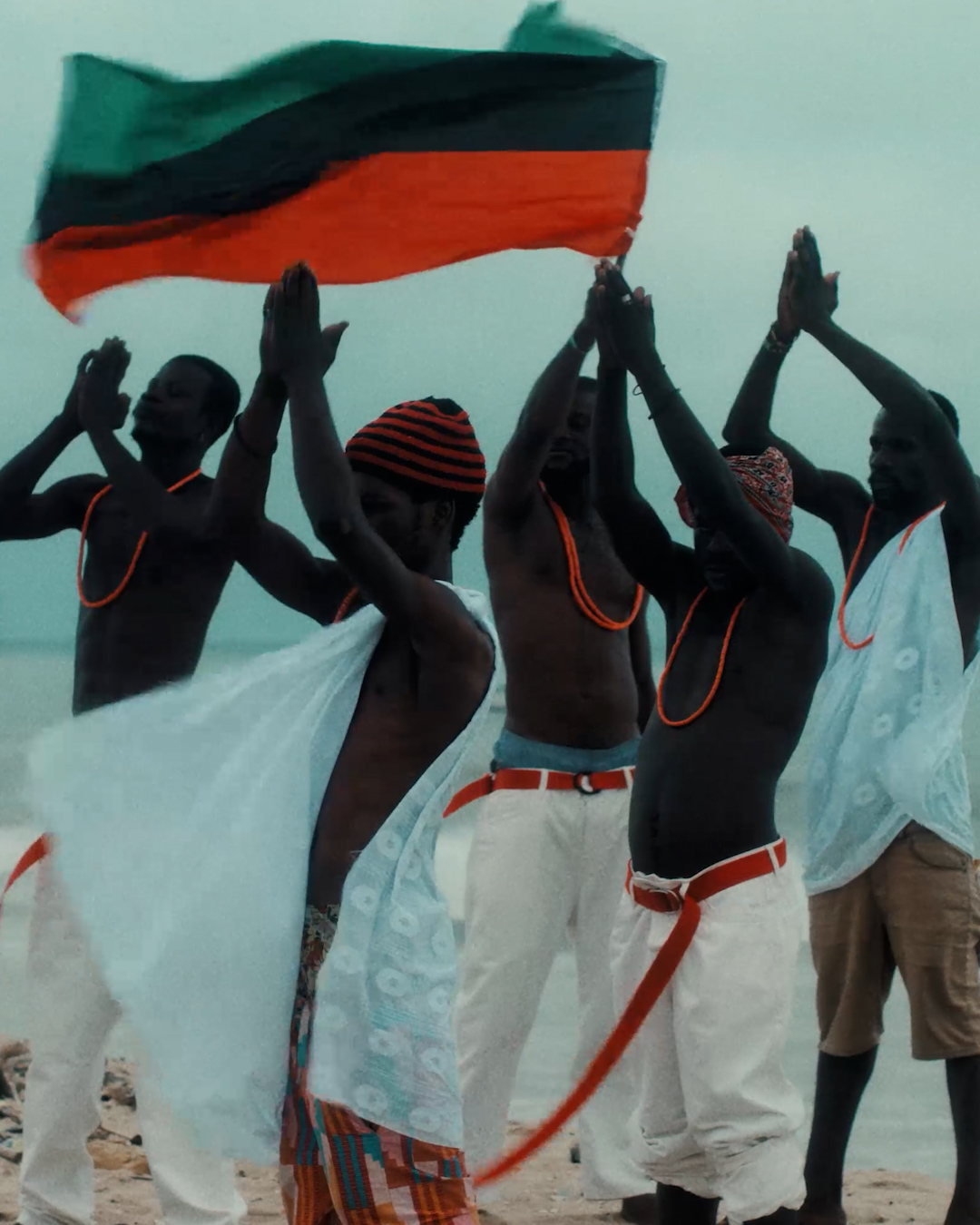 In your utopia, what does the future of cinema look like?

Although cinema provides escapism, entertainment, and information, I believe it needs to play a more active role in the communities it sheds a light on. That is why I am currently working on producing progressive, safe spaces in Sub-Saharan Africa where they can develop their understanding of identity through creative, fun, and purposeful programs.

So, as well as producing films that tackle complex subject matters, I intend to continuously strive toward building spaces where this utopia can come about.